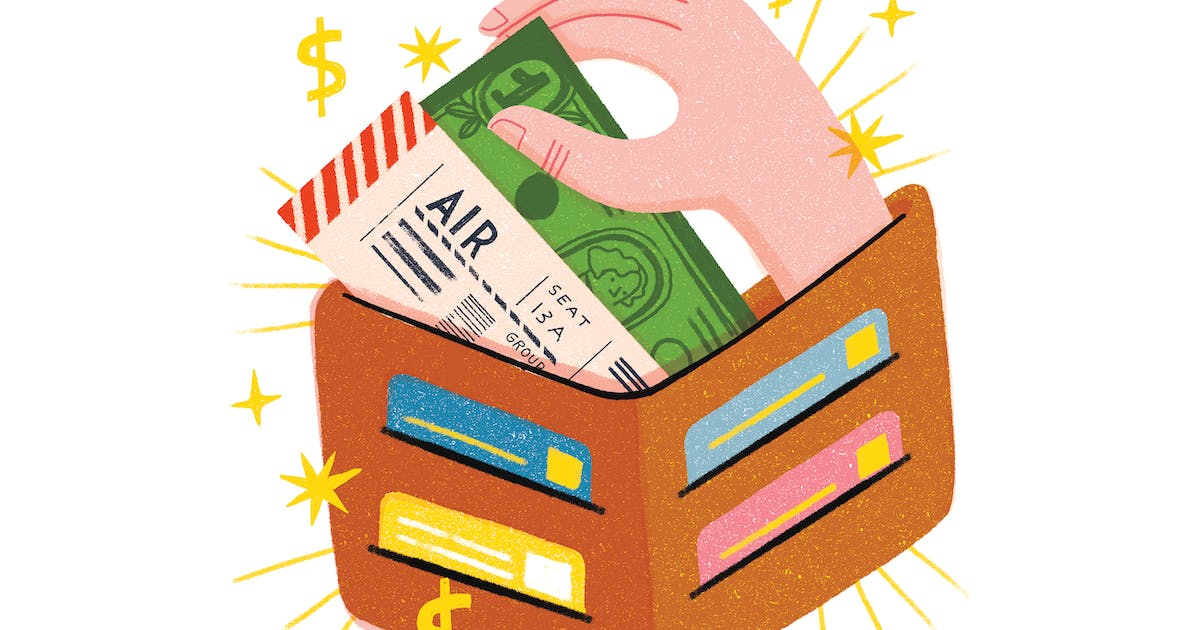 Traveling in 2022 presents a dilemma. Most of us are pining for far-flung adventures after close-knit quarantining. But that pent-up demand has been met with jacked-up prices for just about everything, especially gas. Airlines, airports, hotels and car rental companies are often understaffed, undersupplied and overbooked.

“Everything is just so weird right now,” Linda Snyder, vice president of AAA Minneapolis‘ travel agency, succinctly put it. “But it’s not impossible.”

A little extra searching, planning and — especially important right now — pivoting in your travel plans can go a long way. Here are tips from Snyder and other Twin Cities travel experts on creating an affordable vacation.

Stay in Minnesota. “Obviously, we think that’s a smart option all the time, but especially now,” says Amy Barrett, communications manager of Explore Minnesota. As airfare and gas prices spike, Barrett’s team emphasizes itineraries for road trips on a single tank of gas at exploreminnesota.com. They also recommend options besides the ever-popular North Shore, where rooms have been hard to come by. Other options are even cheaper: “We have so many campgrounds, hiking trails and paved bike trails,” she says. “You can see so much of our beautiful state for free or very cheaply.”

Start with your airfare. “Before you book anything else or ask for certain days off from work, always look at airfare first, because right now you really don’t know what you’re going to get,” advises Kyle Potter of the Minneapolis-based website and newsletter ThriftyTraveler.com. He strongly recommends the Google Flights search engine for finding good travel dates, where flights one day or week might be $200-$300 cheaper than another. “That could put some people over budget even before they get there, especially families.”

Avoid peak travel times. Summer is over, but weekends and certain busy weeks can be costly through fall and winter. “MEA week [Oct. 20-24 in 2022] is a big one to avoid in Minnesota if you don’t have school kids,” says Snyder, who also warns that business travel around conventions can inflate prices. “Late October and early November is a great window,” she adds, singling out Mexican and Caribbean destinations. Flying midweek is also a good way to save — and that’s true when not flying, too. Speaking of Minnesota’s in-demand North Shore resorts, Barrett says, “If you can go Sunday through Thursday, you can still find good deals.”

Vacation rentals now more than ever. Besides the fact that you’re often paying more for less at many hotel chains, there’s another big reason to look for privately owned homes or apartments with favorable reviews on Airbnb, VRBO and other rental sites: Dining has gotten pricier, too. “If you’re not a foodie and don’t care about going out to eat a lot, think of how much money you can save by getting a place with a kitchen where you can cook for yourself,” Snyder says. Vacation rentals often make sense for bigger families or groups over multiple hotel rooms — as long as everyone can get along.

Europe is a (relatively) good deal. With the euro dropping to nearly equal value with the U.S. dollar (around a 12% decline), your money can go a lot further across the Atlantic. “A nice dinner in Paris right now might cost you $70 U.S. instead of $100, which adds up over a week,” Potter says. Some U.S. travelers are still worried about COVID restrictions, but things are wide open, at least at the time of publication.

Go off the beaten paths. “Instead of Italy or Ireland, maybe look at Portugal or Switzerland for better airfare,” Snyder says. Potter points out South Africa and Iceland as good travel deals in recent months. For destinations on this continent, he suggests looking anywhere budget airlines such as Sun Country, Spirit, Frontier and now Allegiant fly. “Even if you’d never fly one of those airlines, they bring down the prices of the other airlines,” Potter says.

Use those miles and points. Hey, at least your higher credit-card bills can add up to more air miles. Minneapolis-based frequent travelers John Eichten and Colleen O’Dell saved enough miles on their Chase Sapphire Visa in a year’s time to cover the cost of one ticket to London this past summer. “Essentially we saved $1,450,” raves John, who also cashed in Marriott Bonvoy points for a four-star hotel in the typically pricey area around the Tower of London.

Public transportation is not just for locals and Rick Steves. Car rental prices, too, have gone through the sunroof. Using trains and buses can save you $100-$200 per day, especially in Europe and big American cities. Eichten says of their trip around England: “Petrol is very expensive there, but trains, buses and the Tube prices haven’t changed.” For those who insist on their own wheels, Potter points to the universal search engine Auto Slash to find deals from rental companies, and to carsharing sites/apps such as Turo (think: Airbnb for vehicles).

Get your sea legs: Far and away the best travel deals right now are on cruises. The cruise lines were hit hard by COVID and are desperately trying to bring customers back with steep deals while also staying strict on COVID tests and vaccine requirements. “Obviously, this has to be based around your comfort level,” Snyder says, “but if you ever thought of taking a cruise, now is the time.”

Plan ahead for next year. Yes, already. While gas and other travel costs have gone down slightly since midsummer, travel experts agree things won’t level off anytime soon. Booking ahead can help you avoid whatever the inflated costs might be next summer. “Look for things that are fully refundable, or close to it,” Potter advises. This is a good tip for Minnesota destinations, too: “A lot of resorts are filling up already for next summer,” Barrett says.