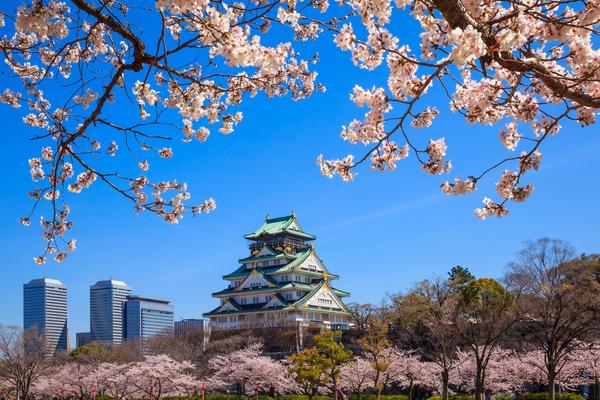 The World Travel & Tourism Council (WTTC) shared recent news on several countries in its latest Economic Impact Report, signaling the travel and tourism industries in countries such as Japan, South Korea, South Africa and others are expected to grow and recover at unprecedented rates.

The Economic Impact Report highlighted the countries of Japan, South Korea, South Africa, Indonesia, Saudi Arabia and Nigeria. These six countries are anticipating high growth in their respective travel and tourism industries, creating millions of new jobs and outpacing other sectors of their individual economies.

Each country-specific report noted that each country’s economic recovery would have been faster had the Omicron variant not inspired a return to certain travel restrictions worldwide.

The WTTC’s latest forecast predicts that Japan’s travel and tourism industry could just touch its pre-pandemic levels by as early as next year, reaching a contribution to the country’s GDP of 40 trillion Japanese yen, just 2.2 percent less than in 2019.

The industry is also expected to grow on average 2.6 percent each year for the next decade, surpassing the 0.7 percent growth rate for Japan’s economy. It is expected to contribute to 7.8 percent of Japan’s entire economy. By the end of this year alone, travel and tourism is expected to make up 6.5 percent of the entire Japanese GDP.

“After the pain suffered by Japan’s Travel & Tourism, the outlook for the future is much brighter.
Following two years of restrictions to mobility, which damaged the sector, there are reasons for optimism as the sector is finally seeing the light at the end of the tunnel,” said Julia Simpson, WTTC’s President & CEO. “But there is still work to be done. Removing testing and facilitating international travel will further boost the sector’s growth and fast-track the recovery.”

In South Korea, employment within the travel and tourism industry is expected to grow enormously, with 49,000 new jobs predicted to be created each year through 2032.

South Korea’s travel and tourism GDP is also expected to grow 4.8 percent each year through 2032, outpacing the country’s overall 1.8 percent growth in GDP. The industry will comprise 4.8 percent of the country’s entire economy in 2032.

Additionally, South Korea will nearly reach pre-pandemic levels of earnings from its travel industry by 2023, anticipating a GDP of 83.4 trillion won, just 4.7 percent lower than in 2019.

This year, the industry’s GDP is expected to grow over 30 percent, contributing 3.5 percent to South Korea’s overall economy. Employment is expected to stay at around 1.3 million.

“We applaud the government for [the] easing of travel restrictions, a move that will no doubt have a positive effect and recover millions of jobs,” said Simpson. “However, pre-departure testing is no longer required in many countries around the world and we urge the government to follow the lead and allow travelers to move freely once again.”

The future of South Africa’s travel and tourism economy looks exceedingly bright, according to the report.

The industry’s GDP is expected to grow 7.8 percent annually through the next decade, much higher than the overall economy’s growth rate of 1.8 percent, contributing to 7.4 percent of the entire economy.

It’s also expected to create around 800,000 new jobs throughout the next decade, employing around 1.9 million by 2032.

Prior to the pandemic, South African travel and tourism employed 1.5 million and contributed 6.4 percent to the country’s total GDP. The pandemic devastated the economy, leading to a 29.9 percent drop in employment and a loss of 55.6 percent in GDP.

“Although the future looks bright for the South African travel & tourism sector, the recovery this year will be slower than expected…” said Simpson. “However, with GDP contribution and jobs on the rise, the long-term forecast looks very positive.”

The country expected to grow its travel and tourism workforce the most in the next decade is perhaps Indonesia, predicted to create a staggering five million new jobs by 2032, employing 16 million throughout the country.

Its travel and tourism is also expected to boom, with an annual GDP growth rate of 10 percent for the next ten years. By comparison, its overall economy is expected to grow at 5.1 percent each year through 2032. It will contribute 7.2 percent to Indonesia’s total economy.

By the end of the year, Indonesia’s travel and tourism GDP is expected to grow 57.2 percent for a total of $45.5 billion, generating 3.6 percent of the country’s total GDP. Employment will be slower, with a growth of 2.1 percent.

Employment dropped over 15 percent during the pandemic, and the industry’s economic contribution dropped just over 50 percent.

“Indonesia’s travel & tourism sector is in a strong recovery, with a very bright forecast for both GDP and jobs,” said Simpson. “…Indonesia is a critical destination which attracted millions of tourists before the pandemic and is highly reliant on the travel & tourism sector. We commend the Indonesian government for putting travel & tourism at the forefront of the global agenda at the upcoming G20.”

Saudi Arabia, the country that will host the WTTC’s 22nd Global Summit later this year, is growing its travel and tourism sector faster than any other country in the Middle East.

It’s growing an average of 11 percent each year through 2032, which is over six times the country’s 1.8 percent overall growth of its economy. Travel and tourism is expected to contribute 17.1 percent of Saudi Arabia’s total economy by 2032.

Employment could also double over the next ten years, adding 1.4 million new jobs for a total of nearly 3 million.

The industry is expected to grow 2 percent higher than pre-pandemic levels by 2023. Employment is predicted to grow 14.1 percent by the end of 2023, leading to total industry employment at 1.8 million.

“Throughout these difficult times for our sector, the Saudi Arabia government has recognised the importance of Travel & Tourism and has led the world in its recovery,” said Simpson. She praised the kingdom’s tourism minister, Ahmed al Khateeb, for his efforts in getting the country to prioritize the industry. “I would like to commend Ahmed Al Khateeb, who has shown strong leadership during this crisis which has boosted the sector’s growth with unprecedented investments and new approaches to tourism.”

Nigeria’s travel and tourism is also expected to grow over the next decade.

It is predicted to add 2.6 million new jobs by 2032, reaching over 5.1 million employed in the sector.
The industry’s GDP will also grow 5.4 percent each year for the next decade, representing 4.9 percent of Nigeria’s total economy and growing faster than the country’s annual 3 percent.

“The pandemic was catastrophic for Nigeria’s travel & tourism sector, wiping billions from the economy and affecting millions of livelihoods,” said Simpson. “Following two years of severe and highly disruptive travel restrictions which decimated the sector, the outlook for the future is much brighter, with our sector expected to create more than 2.5 million jobs over the next decade.”

For the latest insight on travel around the world, check out this interactive guide.

For the latest travel news, updates and deals, subscribe to the daily TravelPulse newsletter here.

Best Things to Know Before Traveling, From a Former Flight Attendant