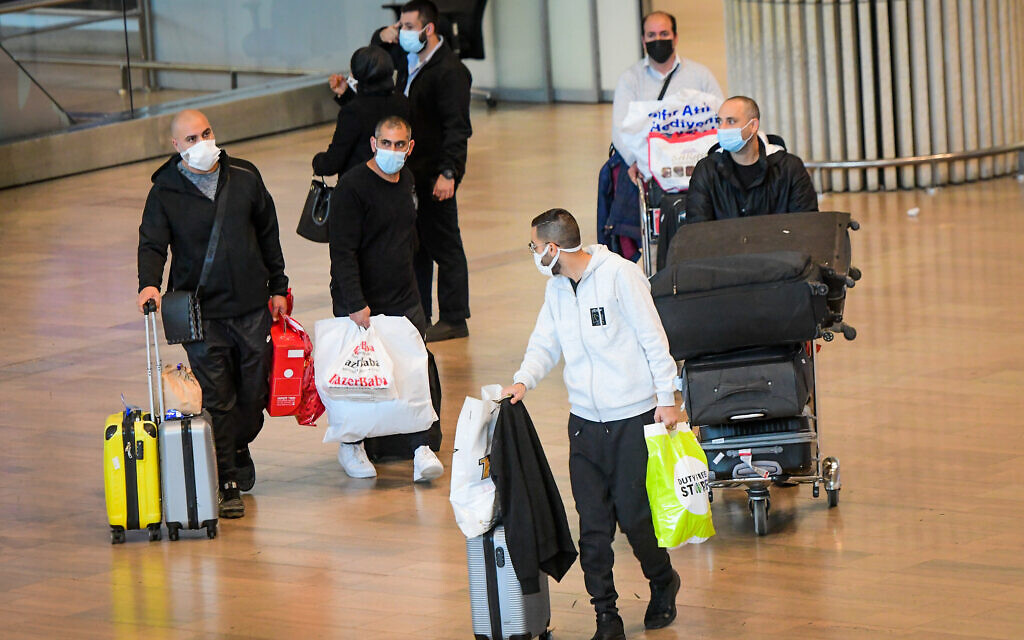 Coalition party leaders agreed to update the list of countries Israelis are barred from traveling to every 24 hours, Prime Minister Naftali Bennett’s office announced Saturday, as the Health Ministry confirmed another 20 cases of the new Omicron variant of coronavirus.

The move could reduce international travel by making it increasingly difficult to plan trips in advance.

“In the coming days additional countries will be added to the list of red countries in accordance with the Health Ministry’s definitions,” a statement from the Prime Minister’s Office said.

The statement also said Bennett would seek to advance a plan limiting entry to malls to Israelis whose “Green Card” immunization passes have expired. Those eligible for the pass must have received a booster shot, been administered the initial two doses or recovered from COVID-19 in the previous half-year.

According to Channel 12 news, Green Pass holders will be given a bracelet upon entering a mall and will be allowed in all stores, while anyone without a Green Pass would only be allowed to enter shops deemed essential.

The network described the proposal as a legal workaround that will allow the unvaccinated from enter essential businesses, such as grocery stores and pharmacies, and said Attorney General Avichai Mandelblit has given his legal backing.

People walk in a mall in the northern town of Rosh Pina on March 2, 2021. (Michael Giladi/FLASH90)

Also Saturday, Bennett and senior health officials discussed COVID-19 vaccines with the heads of Israel’s leading health maintenance organizations (HMOs), with a statement from his office saying inoculation rates “are insufficient at this stage.”

The Prime Minister’s Office said Bennett called on the HMOs to use “all the tools at their disposal… to meet the vaccination targets.” The statement did not specify what the targets were.

“Our national strategy at this stage is twofold: First, to delay as much as possible the infiltration of the Omicron variant to Israel, and the second is to raise the vaccination level among Israeli citizens,” the statement quoted Bennett as saying.

He offered a fresh defense of the measures the government has imposed to prevent the spread of Omicron, which include tightened travel restrictions and tougher quarantine rules. Bennett also appeared to push back against criticism after reports said he proposed banning the unvaccinated from leaving Israel and ordering them into lockdown, but was opposed by health officials.

“The reason the situation is good in Israel is because we acted with speed and determination. They call this exaggeration? I call this responsibility,” he said. “The more we protect Israel from Omicron entering our borders, the more we can keep the economy open and allow the continuation of day-to-day life.”

He added that the government was “determined” to battle Omicron without imposing a lockdown. 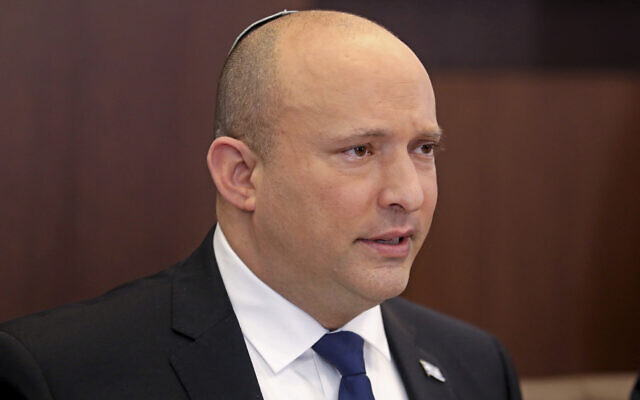 His comments came as newly verified Omicron cases brought the number of confirmed infections from the variant in Israel to 55.

According to the Health Ministry, 36 Omicron cases were among people returning from South Africa, England, France, the United States, the United Arab Emirates, Belarus, Hungary, Italy and Namibia. It said 11 people were infected after exposure to travelers coming from South Africa and England, while eight cases were the result of community spread.

The ministry said 42 people infected with Omicron were “protected,” which it defines as those who received a booster shot, or who received their first two vaccine doses or recovered from COVID-19 in the past six months. The other 13 cases were listed as “unprotected.”

The ministry also said it was waiting on the test results of another 51 cases in which there was a “high suspicion” they were Omicron.

In a first, the Health Ministry announced someone was hospitalized in serious condition from Omicron — an unvaccinated man. The ministry said he was one of 40 people with Omicron experiencing COVID-19 symptoms. No details were given on the vaccination status of the other symptomatic cases. 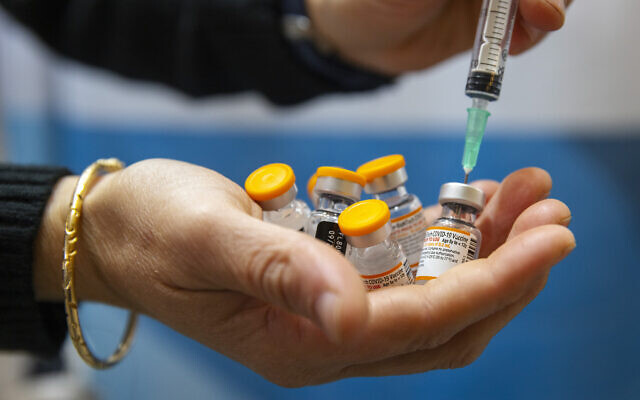 A health worker readies doses of Pfizer-BioNTech’s COVID-19 vaccine for children, at a Clallit vaccination center in Jerusalem on November 28, 2021. (Olivier Fitoussi/Flash90)

On Friday, Hebrew University researchers advising the government on the coronavirus pandemic called for increased enforcement of Green Pass rules and mask-wearing, in a report asserting that Israel’s fifth wave of COVID-19 has begun.

The latest Health Ministry figures showed 568 infections were confirmed Friday, with 0.68 percent of tests coming back positive. The number of serious cases ticked back above 100, days after dropping below that mark for the first time in four months.

The death toll remained at 8,210, with no new fatalities since Monday.


You’re serious. We appreciate that!


We’re really pleased that you’ve read X Times of Israel articles in the past month.

That’s why we come to work every day – to provide discerning readers like you with must-read coverage of Israel and the Jewish world.

So now we have a request. Unlike other news outlets, we haven’t put up a paywall. But as the journalism we do is costly, we invite readers for whom The Times of Israel has become important to help support our work by joining The Times of Israel Community.

For as little as $6 a month you can help support our quality journalism while enjoying The Times of Israel AD-FREE, as well as accessing exclusive content available only to Times of Israel Community members.

Already a member? Sign in to stop seeing this