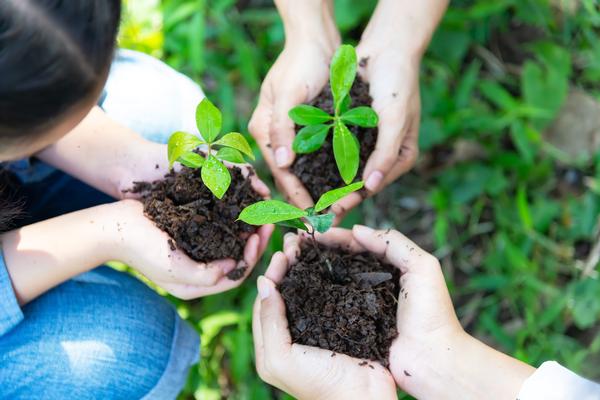 As one of the largest industries on the planet, and arguably one of the most globalized, the travel industry can impact the Earth in sometimes good, sometimes bad and even surprising ways.

This Earth Day, learn a bit more about the travel industry affects the Earth, and the ways that travel companies, airlines, hotel corporations, tour operators and more are joining in the fight against climate change, environmental degradation and more.

The sustainability initiatives that the travel industry has been making for the last few years have been widespread; there is no shortage of sustainability programs promising future carbon neutrality, full implementation of renewable energy or other important initiatives.

The Travel Industry and Emissions

According to the UN World Tourism Organization, the travel and tourism industry produces about 5 percent of all global emissions, which means that the industry plays a key role in the rise, or fall, of greenhouse gas emissions.

Air travel alone produces about 40 percent of the travel and tourism industry’s emissions, or about 2 percent of all global emissions. While air travel is obviously an important part of achieving carbon neutrality, air travel’s more sustainable future will take longer to achieve, as we currently lack many of the technologies that are expected to be developed in the next few decades, according to a 2019 report by WTTC.

That said, airlines are making their own sustainability commitments today, too. Etihad Airways has pledged to become carbon neutral by 2050 and launched a new Sustainability50 Airbus A350 in March, which reduces emissions and CO2 by 25 percent. LATAM Airlines Group has also pledged carbon neutrality by 2050 but has several goals to reach prior to that, like becoming zero landfill by 2027 and offsetting 50 percent of its emissions by 2030.

When it comes to cruising, which comprises about 1 percent of all global maritime activities, the technology is already there and is already being implemented. These technologies include hybrid power, Exhaust Gas Cleaning Systems, onboard recycling programs, utilizing shoreside power while docked and even special paint that reduces drag and saves power while in motion.

According to Cruise Line’s International Association, the industry was the first in the maritime sector to commit to reducing emissions by 40 percent by 2030 in December 2018.

The hotel and resort industry produces about 1 percent of the emissions produced on a global scale, according to the Sustainable Hospitality Alliance, which seeks to combat climate change, promote water stewardship and more.

Hotels and resorts, being permanent fixtures within destinations unlike both airlines and cruise ships, have a direct effect on the environment of a destination along with producing emissions. Everything from a hotel or resort’s construction to its management of resources and waste can have a profound impact on the local environment and people.

Members of the Sustainable Hospitality Alliance in particular are working to combat climate change and environmental degradation in a variety of ways. Resorts located in the Caribbean or alongside coral reefs work to create coral nurseries to help restore reefs that are subject to coral bleaching due to rising water temperatures.

Iberostar Group, for instance, offers resorts in warm-weather beach destinations like the Caribbean. Its Wave of Change program includes on-site coral nurseries at several of its Caribbean resorts. Other initiatives include becoming waste-free by 2025, reaching carbon neutrality by 2030, sourcing all sustainably caught seafood by 2025 and more.

Intrepid Travel is one of these tour operators. Carbon-neutral since 2010, Intrepid is the first global tour operator to commit to the Science Based Targets initiative to limit global warming to 1.5 degrees Celsius.

Some destinations are even putting sustainability measures first, too, though their environmental impact is often hard to identify due to both residential and touristic activities.

The WTTC recently published a report in collaboration with JLL called “Destination 2030: Global Cities’ Readiness for Sustainable Tourism Growth.” In it, the report identifies different cities around the world as some of the most ready for sustainable tourism growth in several key categories, one being environmental readiness. Of the cities analyzed, the top destinations for environmental readiness, which comprises sustainability and indicators such as air and water quality, were Vancouver, Copenhagen, Sydney, Seville, Bogota, Paris and others.

Sometimes single countries or small destinations become known as eco-friendly destinations. Costa Rica is home to 6 percent of the world’s biodiversity and offers plenty of sustainable experiences from tours to excursions to accommodations.

Closer to home, Hilton Head Island’s The Outside Foundation has created an admirable oyster reclamation program to promote and rebuild oyster reefs, which would be lost due to climate change and over-harvesting. Over 4 years, the foundation has reclaimed 100 tons of oyster shells and planted them in once-plentiful oyster reefs, which offer numerous benefits including providing homes for other species.

Why Sustainability Initiatives? What If We Don’t Reach Our Goals?

No matter which travel company you consider, you’ll most likely find their sustainability initiatives listed boldly on their websites.

Why? Because climate change and wildlife degradation directly affect the travel and tourism industry, probably more so than many other global industries.

With climate change can come a range of debilitating effects; rising temperatures raise the risk of serious storms, including hurricanes, tornadoes and other disasters. This can hurt the local communities within these disaster zones, but it can also lead to flight cancellations and delays, which we’ve been seeing this year at a sometimes alarming rate.

Hotels and resorts located along coastlines and especially on islands will be impacted by rising sea levels, which can be a real threat as ice continues to melt in both the Arctic and Antarctic.

According to NOAA’s climate-specific website, sea level has risen about 8-9 inches since 1880; about half of that has taken place between 1993 and now and continues to grow exponentially each year. Sea levels are predicted to rise a minimum of one foot by 2100 or a maximum of 8.2 feet, leading to disastrous effects across the world, as many people live along coastlines and on islands that will be affected by this rise.

Many sustainability initiatives are working within global guidelines to prevent the Earth’s temperature from rising more than 1.5 degrees Celsius by the end of the century; even with this rise in temperature, all coral reefs will decline to 10-30 percent of their original size. If the Earth’s temperature rises even a half-degree higher, that number drops to less than 1 percent, leading to catastrophic coral death, which will then drastically change life for the thousands of species that rely on reefs for food and shelter.

According to the United Nations, we’re currently on a trajectory to increase temperatures by 4.4 degrees Celsius by 2100.

Sustainability measures, then, are incredibly important. While 5 percent of emissions production might not be a lot, the travel and tourism industry is also an incredibly personal one, reaching billions of people. In this way, it can be a light to not only educate but also empower people working within other industries to take a stand against climate change.

What You Can Do To Create A Positive Impact Today

Travelers, then, have a unique responsibility to choose to travel with companies that put sustainability initiatives at the forefront.

Reducing carbon emissions, promoting animal conservation initiatives and careful planning can all have an enormous impact, especially when more and more travelers join in on the sustainable traveler mindset.

So next time you travel, think about how your actions are shaping the world we all live in and how you might be able to adjust to ensure you aren’t being harmful to an already fragile Earth.