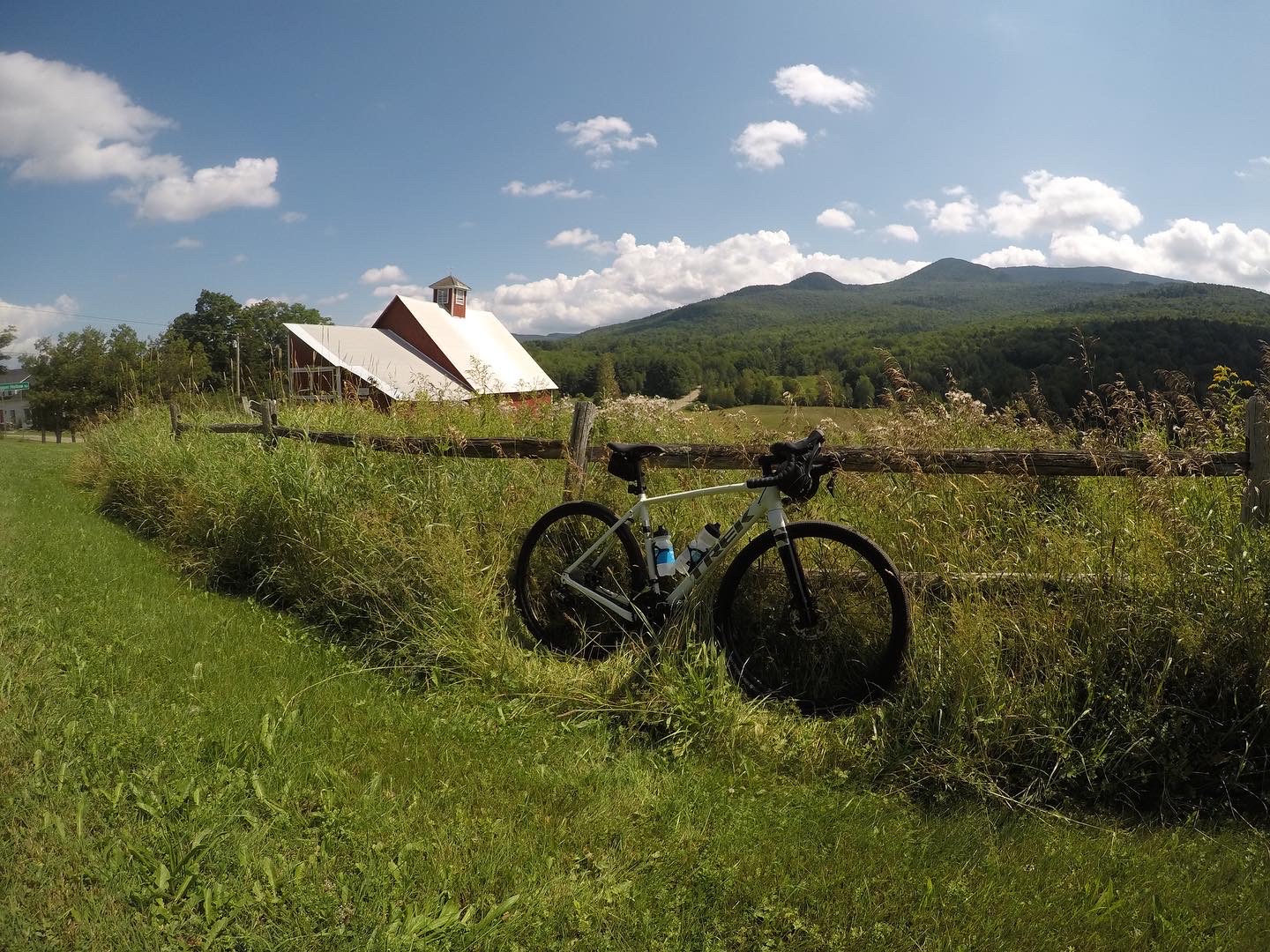 Everyone seems to be on the hunt for epic gravel bike rides these days.

The explosion of off-road races and social gravel rides in the past several years, coupled with a wide new group of riders who found biking during the COVID-19 pandemic, added more to the popularity of a segment of cycling that had been firmly set on the periphery of the sport for a long time.

But now that trained eyes have been scouring the globe for this niche gravel bike terrain, it looks like no region, city, or community is without a route that gets riders off paved roads.

But with gravel riding, there is always a chance that the road less traveled has been less traveled for a reason. Sometimes gravel rides tend to dead end into unrideable nothingness or land people on or too near to private property for comfort.

Having a knowledgeable guide to help find the path can make all the difference for those seeking out a new gravel bike adventure, and Trek Travel has been working hard over the past couple of years to carve out a role as that guide.

Trek Travel has been building cycling vacations for more than 20 years. Historically, most of the brand’s global destinations have catered to road cycling and touring. Now, the brand hosts rides in nearly 40 destinations in nearly 20 countries.

Some of the more popular trips include a cross-country trip from Portland, Ore., to Portland, Maine, and a trip to France that places riders on some of the most iconic climbs of the Tour de France.

This year’s new lineup of gravel bike trips centers on terrain that is more rugged and chunky than the brand’s usual road-centered offerings.

Trek Travel’s global network of guides has narrowed down all the gravel they could get their hands on to a shortlist of six destinations that are among the best in the world.

The Green Mountains of Vermont slice through the picturesque towns of Stowe and Waterbury, offering a healthy mix of bike paths and unpaved roads that connect riders to multiple cities and a variety of cool attractions, including the Ben & Jerry’s Ice Cream Factory and the Trapp Family Lodge, of “The Sound of Music” fame.

The mountainous landscape offers challenging climbs and fast, fun descents, along with sweeping views of farmland and foliage.

Whether on gravel or pavement, Vermont offers a lot of elevation to contend with immediately outside of towns. However, it also features a fun causeway over water that requires a small ferry ride to fully cross, architecture sweeping views at every hilltop.

The fact that Bentonville is on a list of cycling trip destinations shouldn’t surprise anyone. The city has become a destination for cyclists in the past several years. However, many Bentonville visitors come to the city for its extensive network of mountain bike trails.

As the town that hosts the Big Sugar Gravel bike race, it’s obvious that Bentonville is a slice of paradise for gravel riders, too.

Bentonville is situated in the Ozark Mountains but is also surrounded by farmland, so Trek Travel guides see it as a perfect spot that can accommodate riders of every skill level.

Amy Davison, one of Trek Travel’s trip designers, said Bentonville is a perfect destination for riders of all skill levels.

“One of the things that I’m most excited about is it’s not as hard as you think it’s gonna be. It’s in the Ozarks, but it’s also surrounded by farmland, and most of the gravel is rolling gravel roads in farmland, so it’s not quite as punchy or hilly as I expected,” Davison said. “I think that will be like the full ticket for absolutely any kind of gravel rider.”

“It’s just got a vibe that is all about cycling. As soon as you step foot in that town, you feel loved and welcomed and celebrated as a cyclist, and you don’t feel that everywhere you know, and it’s just all over town,” she said. “You see cyclists everywhere you see cycling infrastructure everywhere.”

Trek Travel sets riders up in a hotel just off the town square where riders can hop off the bike and easily explore the Wal-Mart Museum or the Crystal Bridges Art Museum after a long day of riding.

The Shenandoah Valley sits in a bit of a pit between the Blue Ridge and Allegheny Mountains. Trek Travel uses the town of Harrisonburg as a launch pad where riders can jet off into rolling farmland and do some serious climbing.

Davison said Trek Travel connected with a local endurance gravel cyclist who helped design routes in the area. She said the routes in the valley typically involve more mixed terrain, including pavement, as it takes longer to get out into areas with gravel roads. Once there, riders wind rolling farmland, Mennonite communities, and towns that are hundreds of years old.

“It’s lots of farmlands, but also, we’re on the fringe of the mountains, so we get into the National Forest and throw a nice mountain stage at the end of that one to the high point of the state, which will be really cool and set it off a little bit from the other trips.”

Tuscany’s gravel is legendary. The Strada Bianche race is named after the white gravel roads in the Crete Senesi south of Siena on which pro riders battle every year. Usually, about a third of that race covers gravel roads.

The region also plays host to the L’Eroica vintage bike festival, on which participants ride on bikes from the ’80s rather than on the latest carbon speed machines of the day.

Davison said the roads of Tuscany also feature challenging hills that connect the northern Chianti region with the southern part of Tuscany.

While the gravel itself may not pose much of a technical challenge, the hills more than make up for it by bringing an added challenge to riders.

Tuscany’s roads are well known, but the culture of food and wine in the region is equally renowned, and riders have plenty of opportunities to sample both.

Trek Travel has been running a gravel trip to Girona, Spain, for a while. It previously was the only such trip in the brand’s profile. It also has the distinction of being the ride with the highest degree of technical riding in the gravel bike lineup.

“They’ve got some single-track connectors in there and, in fact, some roads where the van can not follow to provide support,” Davison said. “So to us, we’re going to categorize that as a higher degree of difficulty because that will be different from a regular trip where the van can always follow you. Here they kind of have set points where the van meets everyone, but it definitely has some interesting connectors.”

St. Moritz is a resort town in the Swiss Alps at just under 6,000 feet of elevation. Having hosted the Winter Olympics twice, it’s obvious that there is plenty of extremely challenging terrain in the area to challenge cyclists when the snow melts.

Davison, however, said the idea behind the gravel trip to St. Mortiz was to offer a bit of an easier ride experience in which riders stick to the valleys rather than the frosted peaks that surround them.

She said the valleys around St. Moritz are littered with dirt roads that do not have major technical challenges, along with bike paths surrounded by mammoth peaks of the alps that provide a stunning backdrop all day.

Getting Into Gravel Biking

The new gravel bike offerings from Trek Travel give riders a new way to experience a destination by bike. It can be seriously challenging to find gravel roads and safely traverse them without experience or the ability to bail, especially overseas.

Trek Travel trips feature full support from a chase van, GPS devices, on-bike guides, and a fleet of highly-spec’d Trek Checkpoints, so riders don’t have to worry about the hassle of traveling with or shipping their own bikes. Trek Travel guides also hand-pick hotels, restaurants, and off-bike activities to make sure riders get the most out of the region they visit.

“(We’ve seen) the trends of people wanting to buy gravel bikes and kind of get away from traffic in some cases, or just have that little more of a sense of adventure being out in the wilderness, but not necessarily mountain biking,” said Meagan Coates of Trek Travel. “So we decided to develop a bigger collection. I think it’s just kind of dictated by what people are liking to ride and the interest in providing more experiences for folks.”

The beauty of these rides is that they are just out there for anybody to ride, but having the help of a company like Trek Travel makes logistics simple.

Trek Travel offers trips to the destinations above at price points ranging from $1,799 to $3,299.