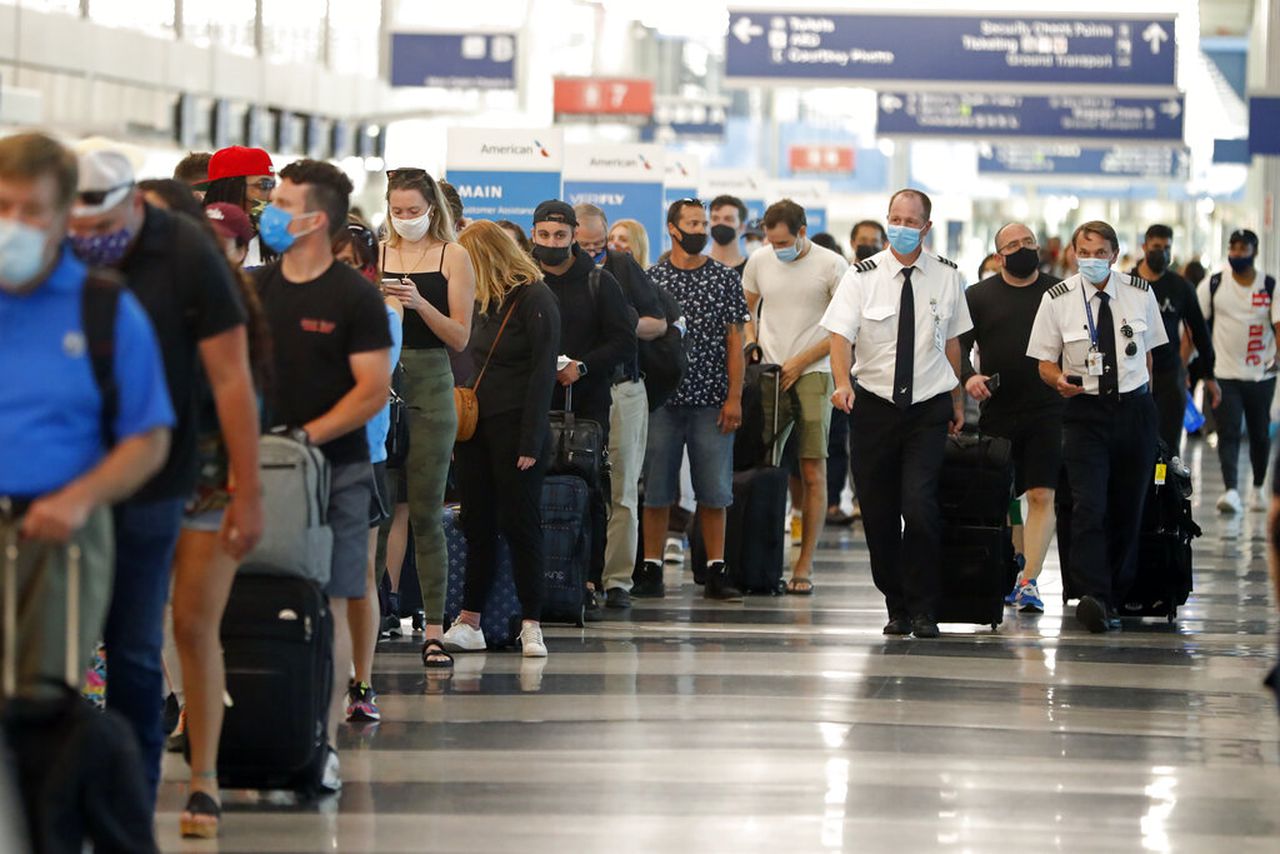 CLEVELAND, Ohio – The coronavirus pandemic is fading into the background for many holiday travelers, who will take to the skies and highways this week in numbers not seen since before COVID-19 brought travel to a halt in early 2020.

Amir Eylon, president and CEO of travel research firm Longwoods International, said travel demand is surging this holiday season for one reason: “We’ve had a year and a half of missing birthdays and reunions and family gatherings,” he said. “These travelers are intent on reconnecting with family and loved ones.”

AAA predicts 53.4 million Americans will travel this week for Thanksgiving — just 5% fewer than the number who traveled for the holiday in 2019, and up 13% from a year ago.

At Cleveland Hopkins International Airport, officials are predicting that more holiday travelers will pass through the airport in 2021 than in 2019 – a remarkable feat, given how few of us were boarding airplanes earlier this year.

Read more: Cleveland Hopkins predicts air traffic this Thanksgiving will exceed 2019, so get to the airport early

The predicted crowds, however, bring with them the possibility of travel headaches. Will the airlines, the airports and Transportation Security Administration be ready?

The airlines say they are prepared, according to Brett Snyder, an industry observer who runs crankyflier.com.

“Of course, any kind of weather event, IT issue, or labor action could throw everything off, so all travelers can do is hope all goes well,” he said. “The airlines all know that it is critically important that they run well, and they have put everything into making sure that happens. But the recovery has been choppy, staffing has been an issue, and there is much out of their control.”

Indeed, in recent months, numerous airlines – including Southwest, Spirit and American – have suffered widescale delays and cancellations due to computer and staffing problems.

TSA lines, in Cleveland and elsewhere, have grown longer in recent months, as travelers have returned to the skies. And compounding the concern: a looming vaccine mandate for federal workers, which goes into effect Monday, and includes TSA agents.

A spokesman for TSA, however, said the agency does not anticipate disruptions due to vaccine requirements. “We have made huge progress in our vaccination efforts, and as we approach the Nov. 22 deadline, we view that as not so much a cliff, but a step to further counsel any unvaccinated employees,” she said.

Even so, officials at Cleveland Hopkins are recommending that travelers get to the airport as much as two hours ahead of their flights next week.

Travelers can go online at clevelandairport.com to check estimated TSA wait times, as well as airport parking availability, before they head to the airport.

In addition, travelers should check in early with their airline to make sure their flight is on time.

“One big question is the weather,” said Cleveland Hopkins International Airport Director Robert Kennedy. One hiccup at a large hub airport can lead to delays and cancellations across the country, he said. “The air transportation system is fragile.”

The surge in holiday travel is coming despite an increase in prices across almost all areas of the hospitality industry.

* Gas prices are up 65% in Ohio from a year ago, to $3.27 per gallon, according to AAA, and they’re even higher in most neighboring states (see gasprices.aaa.com/state-gas-price-averages for a state-by-state comparison).

* Rental car prices remain high, too, although they have come down considerably from peaks over the summer, according to Hopper, which tracks travel prices. The average rental car price is $80 per day, up from $45 a year ago, but down from $120 a day in mid-summer.

* Hotel prices are averaging about $187 a night over the Thanksgiving weekend, up 3% from Labor Day weekend rates, according to Hopper.

* Thanksgiving holiday airfare, meanwhile, is up 23% from 2020, to $300 round-trip, according to Hopper. Christmas fares are expected to run even higher, at about $390 round-trip, on average.

Eylon, with Longwoods, said he expects the price increases to have a more pronounced effect on travel demand in 2022. For now, he said, people are traveling because they haven’t been able to for so long.

“Travelers are less price sensitive right now than they were before the pandemic,” said Eylon. He expects that will change next year.

Allow extra time: Roadways and airports are expected to be crowded. Leave early and expect delays.

Book early: If you’re still shopping around for late-December airfare, they’re probably as low as they’re going to be, according to Hopper, a website and smartphone app that tracks fluctuations in airfare.

Don’t forget a mask: Airlines and airports still require that all travelers age 2 and older wear a mask when not actively eating or drinking. In addition, restaurants, hotels and other private businesses may require masks, depending on your destination.

Bring your vaccine card: Some attractions – including many in New York City, but also theaters, restaurants and other indoor venues across the country – require proof of vaccination for admittance.

Travel tips: How to maintain your skincare routine when you’re on the go