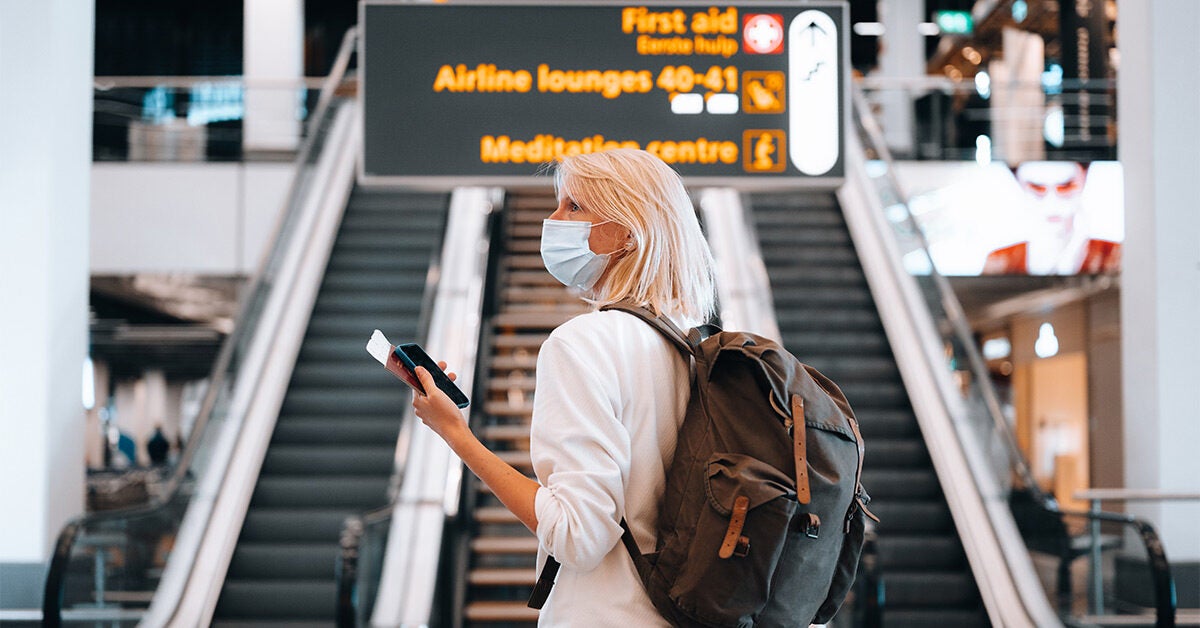 Even as other countries, including Israel and Canada, have lifted pre-departure COVID-19 testing for inbound airline passengers, the United States shows no sign of relaxing its own requirement.

This, in spite of over 260 travel industry and business organizations calling for the end to the pre-departure testing requirement for vaccinated travelers entering the United States.

In a May 5 letter, the groups pointed to the stronger immunity against the coronavirus provided by vaccinations, boosters and prior infections, as well as effective treatments that reduce the risk of severe illness.

These and other factors “strongly support” the elimination of the pre-departure testing, they wrote.

However, on May 6, Jen Psaki, the White House press secretary at the time, said she was “not aware of a timeline” for ending the pre-departure testing requirement and that the administration would base any decisions on a recommendation by the Centers for Disease Control and Prevention (CDC).

The CDC has not yet released new guidance about whether testing is still necessary.

One of the goals of this policy was to prevent the “further introduction, transmission, and spread” of the coronavirus that causes COVID-19 into the country, including new variants.

At the time, people could take a COVID test up to three days prior to departure. In response to the rapid spread of the Omicron variant, in December 2021 the CDC this window to one day.

When the policy was first introduced, the CDC said “pre-departure testing does not eliminate all risk.” However, when combined with other measures, such as wearing face masks, social distancing and improved air filtration, testing can reduce the spread of the virus, the agency said.

“We know that testing and staying home after you’ve tested positive is very effective at stopping the spread of disease,” said Emily R. Smith, ScD, MPH, an assistant professor of global health at Milken Institute School of Public Health at the George Washington University.

The exact number of people who didn’t get on an airplane because they tested positive for the coronavirus during pre-flight testing is unknown, she said, because this information isn’t publicly available.

However, one study found that a mandatory PCR COVID-19 test taken within 72 hours of departure weeded out the majority of people with a coronavirus infection.

Out of almost 10,000 people who took a pre-flight test, only five tested positive on a subsequent rapid test before or after their flight, researchers found.

Smith said we also don’t have good data on how many people have caught the coronavirus from someone else during a flight.

But it’s not zero.

“What we do know, is that people can spread COVID on airplanes. Multiple outbreak investigations have shown this to be true,” she said.

This type of in-flight transmission has been seen with both and SARS, which was caused by a similar coronavirus in 2002 to 2004.

As the CDC pointed out, pre-departure testing is effective, but it will not catch every case.

“[Pre-flight testing] probably did prevent some people with active infection from entering [the United States],” said Karen L. Edwards, PhD, a professor in the public health program and chair of the department of epidemiology and biostatistics at University of California, Irvine.

“However, it will never be 100 percent effective, just given the variation we see in terms of susceptibility, infectivity, as well as characteristics of the virus, such as length of the incubation period,” she added.

A single rapid antigen test may also not pick up a recent infection.

“There can be delay of a day or two between testing positive on a PCR test compared to using an at-home rapid test,” said Edwards. “So timing of the test is critical.”

Many coronavirus first identified in other countries — including Beta, Delta and Omicron — eventually made it to the United States.

Although people driving across a U.S. land border or arriving by ferry need to be fully vaccinated, they don’t need a negative pre-departure COVID-19 test.

Some people — including those with symptoms of a coronavirus infection or recent contact with someone with COVID — have used this “backdoor” to enter the country without needing to take a test.

Other airline passegers have used fraudulent COVID-19 test results or tried to bribe airport officials to let them through without a negative test result — with some people getting caught and facing fines or jail time.

Once a new variant is in the United States, pre-flight testing may slow additional cases from coming in, but it won’t stop the variant from spreading inside the country, including on domestic flights, which don’t require passengers to have a negative test result.

“International flight policies are probably (wrongly) rooted in ideas that ‘other’ people might bring an infection or variant to the US,” she said. “This is flawed thinking, as variants can come from any city or state or country where there is COVID transmission.”

The CDC currently that people traveling domestically “consider getting tested as close to the time of departure as possible (no more than 3 days) before your trip.”

Many countries have dropped the pre-flight testing requirement for vaccinated travelers — or all travelers, including the unvaccinated — leaving the United States the large exception.

In their letter to the White House, the travel industry and business groups argue that “while there is no longer a need for an inbound testing requirement for vaccinated travelers, the economic costs associated with maintaining the measure are significant.”

They point to a drop in business travel and international travel spending compared to 2019.

An April survey by The Points Guy, a travel website which is owned by the same parent company as Healthline, also found that 53 percent of people said they would be more likely to travel outside the United States if there wasn’t a testing requirement to reenter the country.

For Americans traveling internationally, a positive COVID-19 test before returning home can result in thousands of dollars in additional costs for extending hotel stays and rebooking flights.

While travel insurance and booking flights with a cancellation option can help blunt those costs, travelers may find themselves dealing with different rules for each carrier or hotel.

Even people returning to the United States who decide to shift gears and drive across the border to avoid the pre-flight testing can face extra travel costs.

In addition, depending on where you are traveling, finding a place to get a COVID-19 test within the one-day pre-flight window could be challenging, especially as other countries relax their pandemic restrictions.

As travel groups point out, the COVID-19 situation has also shifted since pre-departure testing was implemented in January 2021.

More Americans are vaccinated, which offers strong protection against severe illness and some . However, many people are not up to date with their boosters.

We also now have effective treatments for COVID-19 — such as antivirals Paxlovid and molnupiravir — which can reduce the risk that someone with a coronavirus infection will become severely ill.

In addition, airplanes have systems that frequently filter the air using high-efficiency filters, said Dr. Jeffrey Klausner, a clinical professor in the Keck School of Medicine of the University of Southern California.

“[Airplanes have] a very high rate of air exchange which, at least while the engines are on, provides a high level of air purity that should make people comfortable,” he said.

However, it’s important to note that people are sitting next to, or within a few rows of, an infected person on an airplane may still be at higher risk of infection, especially if those people are not wearing masks.

Smith said many experts, including herself, argue that policies to reduce the spread of COVID-19 are still important. She points to the short- and long-term health problems and missed school and work that occurs with coronavirus infection.

Eventually, though, the United States will drop its pre-departure testing requirement for returning international travelers. When that happens, people can still take steps to prevent the spread of the coronavirus and new variants.

“Risk reduction is additive, so combining tools like vaccines, masks, tests and treatments will give us the best protection,” said Smith.

“When you remove one of those layers of protection (like removing mask requirements on planes), then other tools (like tests before flying) become more important,” she added.

An extra layer is especially important for protecting people at risk, such as those who are immunocompromised, and children under 5, who aren’t eligible yet for the COVID-19 vaccine.

Even without a pre-flight test requirement, people can still choose to test before they fly, whether internationally or domestically.

“You may want to take rapid test kits with you, for your own use while traveling,” said Edwards. “If you develop symptoms, you may need to test for several days using the rapid tests before you see a positive result.”

If you do test positive and can afford to delay your departure, isolating where you are can help protect others from the virus.

If postponing travel is not an option, then it becomes even more important to wear a mask during the trip, physical distance as much as possible, and .

“I would encourage people who are concerned — especially for those who are immunocompromised or otherwise vulnerable — to take all the precautions they can,” said Edwards.